Giving up Clutter for Minimalism

1879. Will Rogers. “Too many people spend money they haven’t earned, to buy things they don’t want, to impress people they don’t like.”

After just viewing the documentary on the “Minimalists”, this film struck a chord. How so? you might ask.  Personally as a Professional Organizer, who walks into cluttered homes everyday, it has had a profound effect on me after 13yrs. I was always quite organized, and like most women I liked to window shop or go on occasional buying sprees .Yet the impact of working in these crowded spaces, with tagged merchandise overflowing, left me with No desire to shop.  At the end of work days, being mesmerized as I  recounted the quantity of  stuff , mostly new and still in bags. Having no judgment, but feeling relieved to walk into my cozy peaceful home.

I also recall a time when I rented out my spare bedroom years ago. It was an empty room with no furniture. The man who rented the place was a minimalist,  He showed up ONLY with his rolled up yoga bedding and a bag. He had given away all his other belongings and was happy as a clam.

I can totally relate to the minimalist movement,  of downsizing to what you need and can carry on your back. People living in tiny spaces, (400 sq ft or less) trailers or homey cubicles, they call home!  Or some version that suggests minimalism.

The documentary speaks to the slowly changing definition of the American dream . the dream of acquiring, and accumulating, and desiring huge homes with multiple garages and obtaining storage lockers. I see this as a positive change for human mankind. This change of defeating the media, the advertising gimmicks with subliminal messages, to keep acquiring what you don’t need but think you do. Consumerism- For some it fills an emotional hole or well that needs filling. We have willingly been the guinea pigs.  Totally self defeating and false. Although with self care ,self love and appreciation for the things we take for granted- real happiness can exist. True content and peace come from within not from the external. From an energetic standpoint, the stuff zaps the energy of the space and all that inhabit there.  Not only do you spend your money needlessly, searching for that ” feel good” feeling, your valuable time, you end up financially /emotionally/ and physically bankrupt.!!!  Literally speaking.

This new movement and trend is slowly growing and catching on in mainstream America. I see our future transforming and future generations living differently. With consumerism changing long term, the outcome will leave a greener environment. Resulting in more conscientious people sharing memories & time together in community.

1954. Sandra Cisneros. “ I’ve been put on the planet to serve humanity. I have to remind myself to live simply and not overindulge, which is a constant battle in a material world.”

Take the Time
Make the Commitment
Get the Support 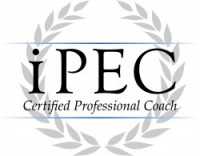 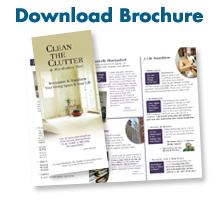